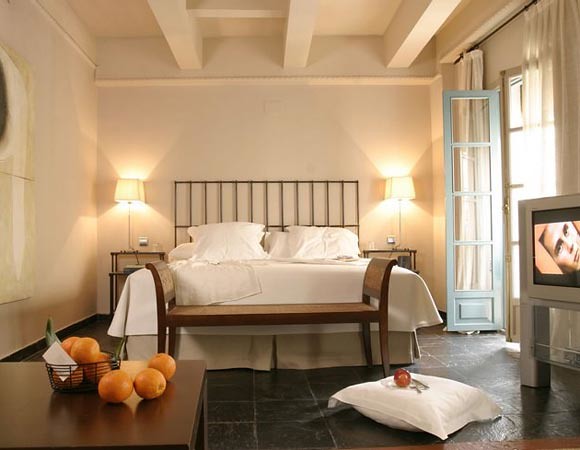 Seville, the city that has inspired over 100 operas and played muse to countless writers and artists, is undoubtedly the cultural capital of Andalucia. The region stands proudly with its back to Spain, staring across the Mediterranean towards Morocco. Unsurprisingly, its Moorish history lives on in the Seville’s architecture, in the city’s elegant arches, intricate patterning and communal gardens and courtyards. Its whitewashed streets are lined with Seville orange trees which bloom in early spring, filling the city with the sedating scent of neroli. No wonder it is nicknamed ‘the capital of happiness’. 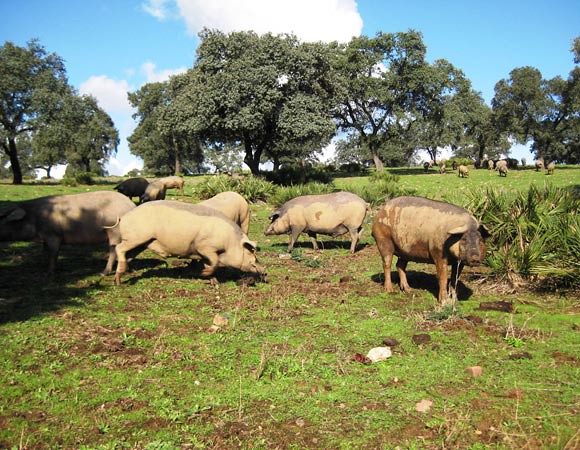 Seville is the home of all things stereotypically Spanish; bullfighting, flamenco and of course, tapas. The best way to experience this culinary phenomenon is to embark on a tapas crawl, enjoying a couple of dishes at each bar. Avoid the touristy Santa Cruz area, the old Jewish quarter, and instead join the locals at the city’s oldest bar, El Rinconcillo (C/ Gerona), where the moody Spanish barmen traditionally chalk up your bill on the bar top under the hanging jamón legs. Make sure you try the espinacas con garbanzos; a local garlicky spinach and chickpea dish that pays homage to the city’s Moorish roots.

Wind your way towards E Morales (C/ Calle Garcia de Vinuesa), where you can enjoy a glass of the local sherry, manzanilla fino (be warned: it is seriously pungent with a salty aftertaste), amid the floor-to-ceiling sherry barrels. Make sure you order a plate of the infamous Iberico jamón, the bellota variety is the best quality, made only from free-range, acorn-fed pata negra (black footed) Iberian pigs. Each leg is cured and aged for at least three and a half years before it reaches the ceilings of the local bars.

For a more formal, restaurant-style affair, try the hotel’s own restaurant which serves a range of creative Spanish dishes and some delicious Spanish wines and cava.

The four-star Hospes Las Casas Rey de Baeza remains true to the area’s unique style with 41 bedrooms built around two ornate fauna-fringed courtyards. Its boutique style perfectly marries traditional character with modern luxuries such as the rooftop spa and pool, perfect for unwinding in at the end of a busy day sightseeing.

My generous suite had a contemporary, wholesome style with crisp white bed linen, dark wooden furniture and a rainforest shower stuffed with Korres toiletries. My friend’s suite was smaller but had an enormous circular bath so do look into your room’s features.

The hotel’s relaxed vibe means it attracts a mix of upmarket clientele but it is best suited to young couples who want to use it as a base to explore the city (it is just 10 minutes walk to the stunning cathedral). Initially I was slightly put off by its four-star rating but I can safely say it is at the top of this range and its character easily makes up for the fifth star.

No tourist trip to Seville would be complete without the golden trio; the royal Alcazar, the cathedral and La Giralda tower. The Alcazar is the oldest royal palace still in use in Europe. Its elaborately decorated rooms, courtyards and gardens are a joy to explore. The cathedral is truly breathtaking. Generally I am not one for wandering around chilly churches and cooing over sculptures but even I was bowled over by its vivid stained glass windows and enormous golden altarpiece – seriously bling! Exploring Seville’s backstreets is a fantastic way to absorb the city and its intriguing mix of Moorish, gothic, baroque and renaissance styles but the view from the top of La Giralda puts it all in to perspective. The steep climb is rewarded with a bird’s eye view of the city, its bullring, Roman city walls and of course the palace and its lush gardens.

Once the sightseeing is out of the way wander over the river to Triana, the home of flamenco. Originally a gypsy community, it has a relaxed, bohemian feel to it and is crammed with ceramic shops selling handmade kitchenware – the ideal place to perfect that designer mismatched crockery set.

Seville is a city with something for everyone; foodies, art-lovers, design boffs or those after a little romance, and the Hotel Casa del Rey Baeza makes the perfect base. It has also just launched day trips offering Spanish experiences such as flamenco excursions or even the opportunity to head out to the Sierra Notre to seek out the region’s best jamon – you can even meet the pigs in their blissful woodland.

My only complaint would be that my suite’s shower was somewhat temperamental (there wasn’t a bath). Everything else was just perfect, from the staff to the atmospheric candlelit courtyard.